The WHO’s latest two-week report data lacks the number of hospitalized patients with new coronary pneumonia in China, which makes the outside world worry about whether China has a serious outbreak and concealed it. U.S. Secretary of State Blinken also once again proposed that he is willing to share the U.S. vaccine proposal with China.

(Deutsche Welle Chinese Website) The World Health Organization (WHO) has not received data on China’s Covid-19 hospitalizations since the Chinese government scrapped their Covid-19 zero policy , leaving some experts concerned about whether Beijing is covering up the outbreak , but the WHO believes that this may only be because the Chinese government has difficulty in making correct statistics.

In response, WHO spokeswoman Margaret Harris said questions about data reporting should be directed to the countries concerned. The Chinese diplomatic mission in Geneva did not respond to questions from Reuters.

China has often been accused of downplaying its coronavirus outbreak , and some experts say its narrow criteria for determining the death toll will underestimate the true death toll. With some estimates predicting massive deaths ahead, China has been strengthening its health system.

“What it tells me is that China is hiding data that is critical to understanding the full impact of its decision to end its zeroing policy,” he told Reuters.

However, countries often try to hide the extent of disease outbreaks, said Adam Kamradt-Scott, a professor of global public health at the European University Institute.

“It’s hard to criticize China when other countries are not reporting Covid cases (at all),” he said.

Global disease outbreak rules require countries to exchange information about ongoing outbreaks, but these rules cannot be enforced. Mike Ryan, WHO’s emergencies chief, pointed to possible capacity issues. “I don’t want to say China is actively not telling us what’s going on. I think they’re behind,” he said.

Agence France-Presse reported that US Secretary of State Blinken (Antony Blinken) called on China on Thursday (December 22) to share information about its new crown pneumonia epidemic, saying that its surge in the number of cases has affected the world, and once again proposed the sharing of US vaccines. proposal.

“It’s very important for all countries, including China, to focus on getting people vaccinated, providing testing and treatment, and sharing information with the world about what they’re going through,” Blinken said at a news conference.

Blinken also said that as an adversary of the United States, China did not seek help. Beijing has pushed to export homegrown vaccines that international health experts say are less effective than vaccines made in the United States.

Blinken also said: “If anyone finds it useful, we are fully prepared to provide assistance to anyone who asks.” 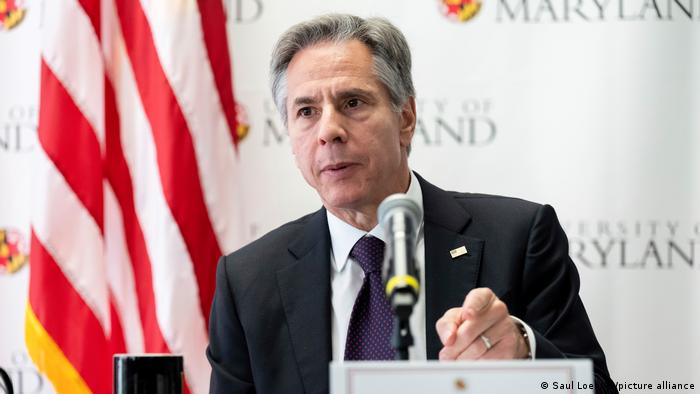 Blinken, who plans to visit Beijing in early 2023 as U.S.-China tensions ease, said the U.S. was both humanitarian and self-interested in helping China prevent the outbreak of the coronavirus. “And then, as we saw, it had a clear impact on the global economy,” he said of China’s Covid policies, the world’s largest economy after the United States.

“As long as the virus is spreading or moving around, there is a chance that a new variant will emerge, and that variant will spread further, and it will hit us or it will hit other countries,” Blinken said.