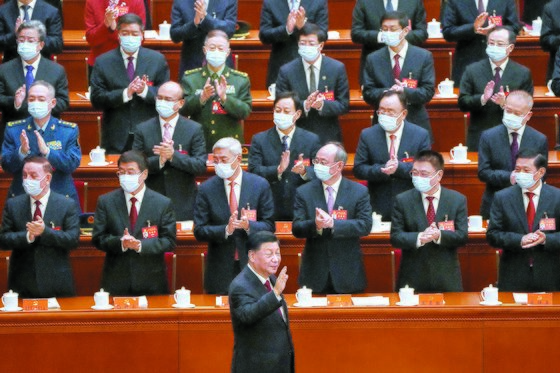 Chinese President Xi Jinping emphasized the will to reunify Taiwan at the Communist Party Congress, which is expected to be re-elected for a third term on the 16th. AP = Yonhap News

“We will never give up the use of force (for the unification of Taiwan) and we will secure the option to take all necessary measures.”

Chinese President Xi Jinping clearly expressed his will to reunify Taiwan at the 20th National Congress of the Communist Party of China on the 16th. In particular, he mentioned the possibility of unification through armed invasion, saying, “It was aimed at the interference of external forces and the very small number of independent Taiwanese elements and their divisive activities.” It seems that the unification of Taiwan is being used as a key cause to solidify the system of power for life beyond the third consecutive term through the party congress.

Taiwan immediately protested Xi’s remarks about unification by force. According to Taiwanese media, including the Yonhap News, on the same day, Taiwanese presidential spokesman Chang Du-han said, “The common perception among Taiwanese is that starting a war is never an option on both sides (China and Taiwan) . And democracy cannot be compromised,” he said.

Mention of armed invasion for ‘the last puzzle’ 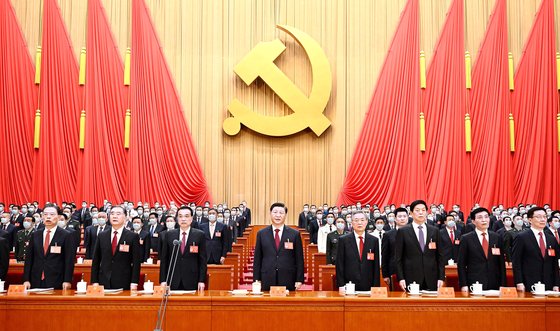 For President Xi, the unification of Taiwan is a key element of the Chinese dream and the final puzzle for ‘one China’. Following the return of Hong Kong and Macau during the former Chinese President Jiang Zemin’s era, if the unification of Taiwan is put to an end, this could lead to the effect of promoting internal unity while securing the legitimacy of long-term government. This is the reason for the analysis that the ‘unification by force’ mentioned by President Xi has emerged as a real threat beyond a mere threat.

The problem is that as the cross-strait relationship and the resulting Taiwan Strait dispute are dealt with at the core of the US-China competition, South Korea may be forced to make a choice. At a joint press conference at the U.S.-Japan summit in May, U.S. President Joe Biden defined U.S. military intervention as “our promise” in the event of China’s invasion of Taiwan and announced a policy of military support, including dispatch of U.S. troops. In an emergency, the United States is highly likely to demand a role from its allies, including South Korea, beyond its own military intervention. 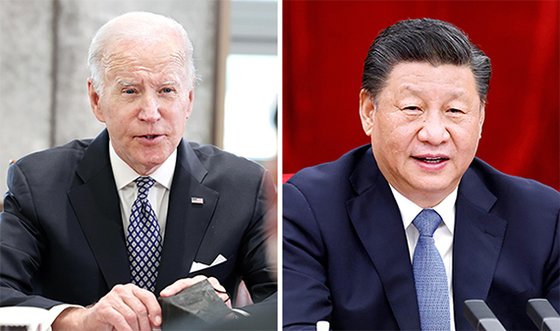 US President Joe Biden is pursuing a strategy to pressure and isolate China while strengthening cooperation with Taiwan in the process of restructuring its supply chain. [yunhap news]

In particular, the US is pushing for reorganization of its supply chain, including semiconductors and batteries, and is strengthening its ‘isolation’ with China and ‘cooperation’ with Taiwan. By using alliances such as Chip 4 (U.S., Korea, Japan, and Taiwan Semiconductor Cooperation Dialogue), they are working closely with the supply chain with Taiwan, while at the same time tightening semiconductor export controls to China. From the US point of view, Taiwan has become a ‘card that cannot be given up’ in the face of competition for hegemony with China.

In fact, on the 29th of last month, the White House announced in a press release that Vice President Kamala Harris visited President Yoon Seok-yeol and said, “China, Taiwan, and efforts to maintain peace and stability in the Taiwan Strait were discussed.” The Taiwan issue, which was not even mentioned in the materials presented by the South Korean presidential office, was specified in the White House documents as the core agenda of the meeting. This corresponds to the message that the US expects South Korea to play an active role in the Taiwan issue.

South Korea’s response strategy in case of emergency in Taiwan

In an interview with CNN on the 25th of last month, President Yoon Seok-yeol declined to answer a question about what to do in the event of an armed conflict between the United States and China in Taiwan, saying, “It is the top priority to respond to North Korean provocations.” CNN Capture

In such a situation, South Korea’s dilemma is summarized in the question, ‘Will South Korea support the US military in the event of a military clash between the US and China in the Taiwan Strait?’ “If China attacks Taiwan, there is a very high possibility that North Korea will also provoke,” Yoon said . Responding to North Korean provocations is our top priority” (CNN interview in the US on September 25). Although he avoided an immediate answer in view of the diplomatic and security sensitivity of the Taiwan issue, analysts say it is time to establish a response principle in case the military tension in the Taiwan Strait escalates into an armed conflict.

Park Byeong-gwang, director of the Center for International Cooperation at the Institute for National Security Strategy, said in a report titled “Recent U.S.-China Conflict Trends and Implications Over the Taiwan Issue” in August, “If a military clash occurs in the Taiwan Strait, US forces in Korea are mobilized or South Korea is directly or indirectly involved. The possibility increases, and it will inevitably come with a significant impact in terms of economic and security, ” he said.

Kang Joon-young, a professor at the Graduate School of International Studies at Hankuk University of Foreign Studies , said, “ The possibility of an armed invasion is always open as it is expected that unification of Taiwan will be pursued as a key reason for President Xi Jinping’s third term in office and as a major task after his third term in office. In the event of a military clash between the two countries, South Korea has a strategy to minimize intervention by taking the lead in the possibility of North Korea’s armed provocation.