High-K Metal Gate (HKMG) technology is also applied to the ’24Gbps GDDR6 DRAM’, which improves the operation speed by more than 30% compared to the existing 18Gbps GDDR6 DRAM.
※ Hi-K metal gate: A technology that applies a new metal material to the gate stage to minimize leakage current

If ’24Gbps GDDR6 DRAM’ is mounted on a premium graphics card, it can process up to 1.1TB of data per second. This is the speed that can process 275 Full HD movies in 1 second.

Samsung Electronics has also prepared a solution that provides 20% or more improved power efficiency to meet the diverse needs of customers by applying low-power dynamic voltage technology (DVS). In particular, the operating voltage is supported up to 1.1V, which is lower than the existing 1.35V, so it is expected that the battery life of notebook users will greatly increase.
※ Dynamic Voltage Switching (DVS): A technology that dynamically changes the operating voltage of a DRAM to control performance and power consumption

’24Gbps GDDR6 DRAM’, which has secured the industry’s highest speed and power efficiency, will provide a more differentiated user experience in areas that require excellent graphics performance, such as PCs, laptops, and game consoles.

In addition, it is expected to be widely used in various fields such as next-generation high-performance computing (HPC), electric vehicles, and autonomous vehicles.

“The 24Gbps GDDR6 DRAM will be installed in the next-generation system of major customers this month and verification will begin,” said Lee Dong-gi, vice president of product planning team at Samsung Electronics’ memory business division. We will commercialize it and continue to lead the next-generation graphic DRAM market through this.” 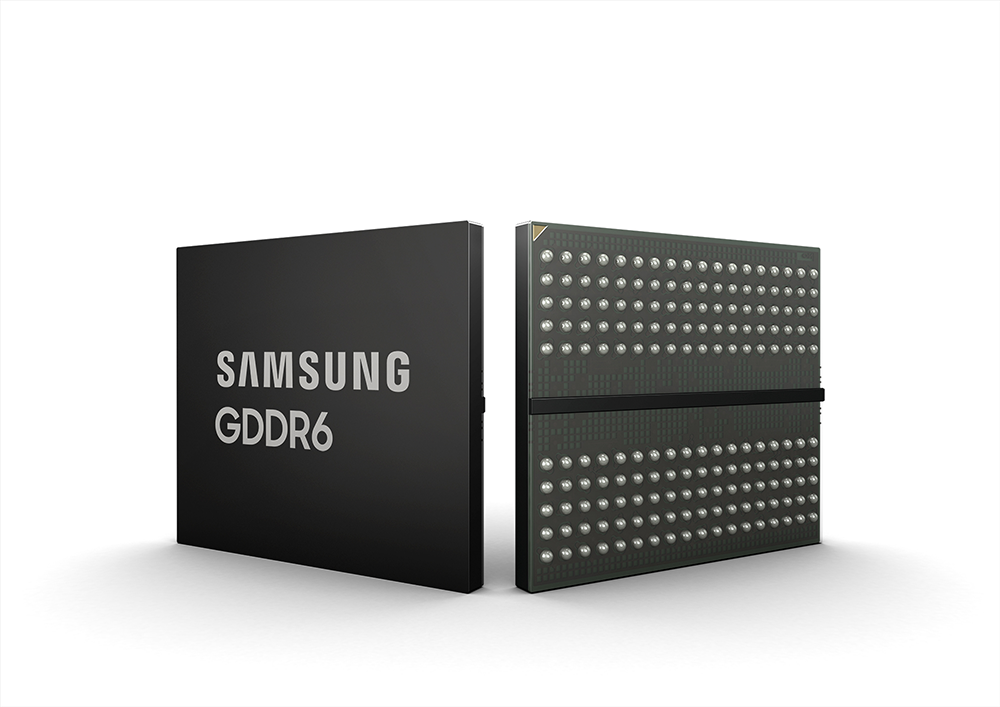