Samsung Electronics and Red Hat have agreed to cooperate on software technology in the next-generation memory field.

In addition, the two companies decided to cooperate so that the memory software technology developed by Samsung Electronics can be supported by open source software including Red Hat Linux, and to conduct verification and promotion together.

The paradigm of memory/storage utilization in data centers is also changing as data usage has exploded due to the recent development of advanced industries such as artificial intelligence (AI), machine learning (ML), and metaverse.

The two companies plan to actively cooperate in the development of software solutions that include technologies that can utilize next-generation memory such as CXL and PIM for stable storage and processing of rapidly increasing data, as well as a fabric that virtualizes multiple memories/storages.
* CXL (Compute Express Link): A newly proposed interface to more efficiently utilize the accelerator, memory, and storage device used together with the CPU in a high-performance computing system
* PIM (Processing In Memory): Calculation processing is possible in memory A next-generation memory semiconductor that adds a processor function inside the memory

Samsung Electronics plans to open the ‘Samsung Memory Research Cloud (SMRC)’ in the second half of the year and provide an optimized environment for developing and evaluating next-generation memory solutions.

SMRC provides an environment to analyze the optimal combination of hardware and software of a customer server equipped with Samsung Electronics’ next-generation memory and evaluate its performance.

“We expect that this cooperation with Red Hat will enable us to establish a stable ecosystem with technical standardization of hardware as well as software in the next-generation memory field,” said Bae Yong-cheol, vice president of AE (Application Engineering) team at Samsung Electronics. Through this, we will expand cooperation with various partners in the industry and create new customer value.”

Marjet Andriesse, Vice President, Asia Pacific, Red Hat, said, “In the coming data-centric era, the combination of memory-based hardware and software is essential, and we are delighted to be working with Samsung Electronics to this end.”

Samsung Electronics is actively engaged in the development of various open source software related to memory solutions while expanding cooperation with industry partners. 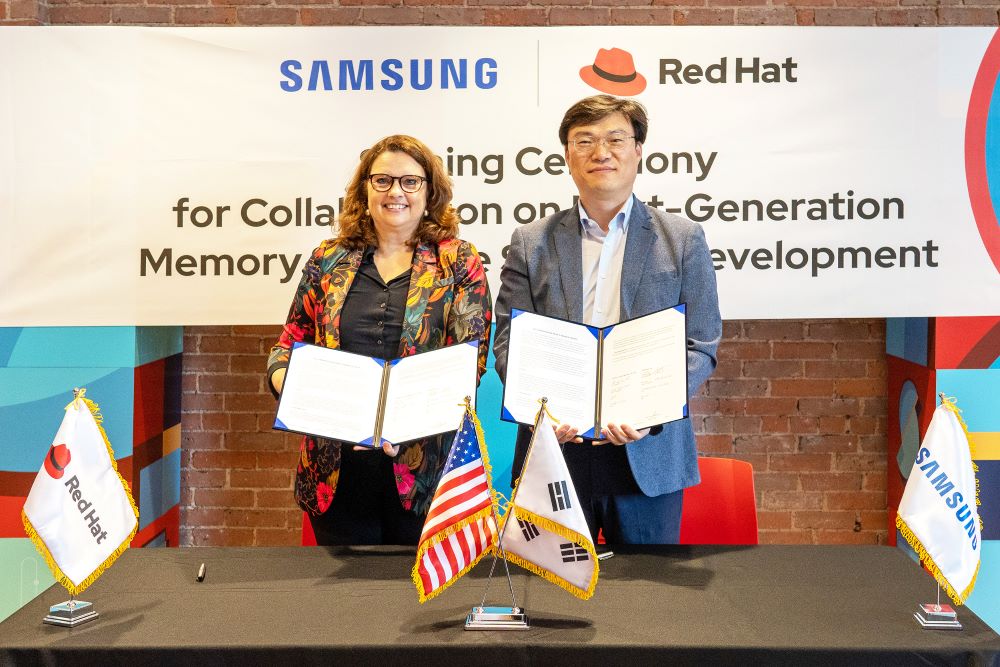