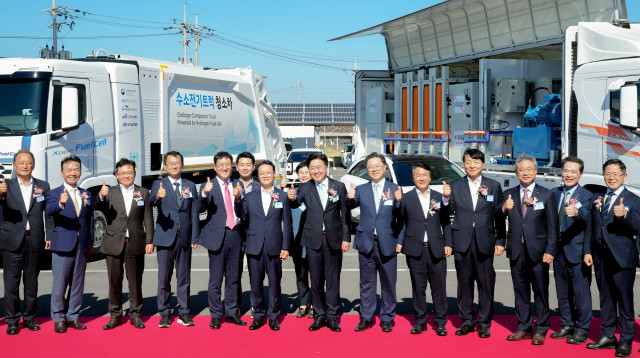 Green Hydrogen is hydrogen obtained through the electrolysis of water. It is produced similarly to ‘Grey Hydrogen’ and Gray Hydrogen produced from fossil fuels, but ‘Blue’ uses carbon capture and storage technology in the production process. Unlike ‘Blue Hydrogen’, it is called ‘the ultimate eco-friendly hydrogen’ that emits no carbon dioxide during the production process.

Hyundai Motor plans to start distributing hydrogen city buses in Jeju Island from 2023, and also plans to introduce a mobile hydrogen charging station (for passenger vehicle charging only) to meet the charging demand of NEXO customers, which are hydrogen passenger cars.

Hyundai Motor expects the era of green hydrogen mobility to open in Jeju Island, the carbon-neutral mecca of Korea.