Successful proof-of-concept experiment with three drones
It is likely to be useful for rough terrain, high-rise construction and repair 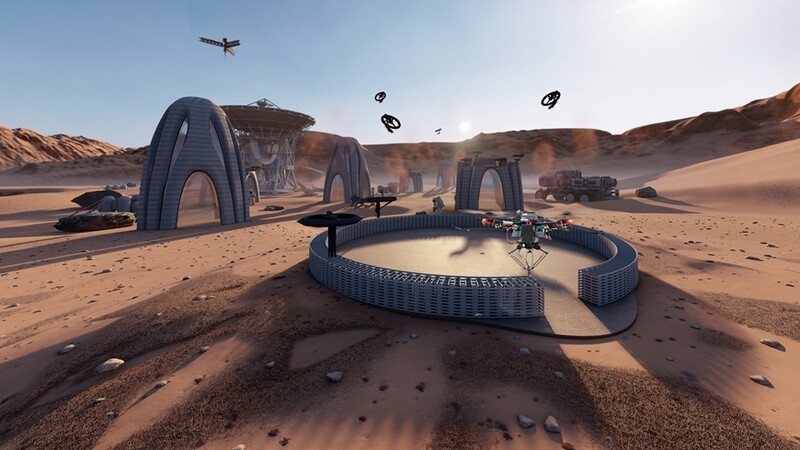 A vision of the future where buildings are being built using swarm drones. Provided by Imperial College London/Empa

The name of this new technology is ‘Aerial-AM’, which scientists from Imperial College London in the UK and the Swiss Federal Institute of Materials (EMPA) recently published a proof-of-concept study in the international scientific journal ‘Nature’.

This technology, inspired by the way honeybees build a house, is characterized by flying drones loaded with building materials and stacking them one layer at a time in the air.

It is not easy to precisely stack materials with a drone flying in the air instead of a fixed nozzle. The researchers realized precision down to 5 mm in the experiment. 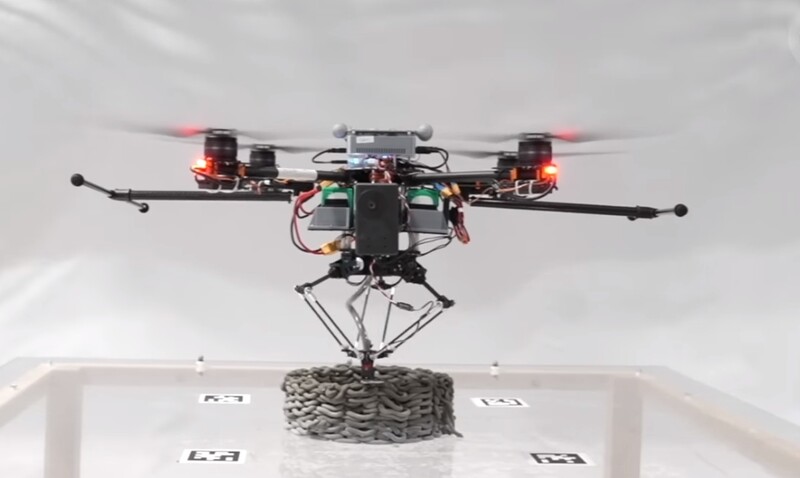 Buildron is stacking up the material layer by layer. youtube capture

Division of roles for construction and quality control

The biggest advantage of this technology is that it can be easily erected in rough terrain where it is difficult to install a 3D printer, such as a mountainous terrain, in a remote wallpaper, or in a dangerous area such as a nuclear power plant. In addition, it can be usefully used when there is a repair place in a place where it is difficult for a person to work directly, such as a high-rise building or a bridge pier.

Mirko Kovac, professor of aeronautical engineering at Imperial College London, who led the study, said in a press release, “Through this research, we have demonstrated at the laboratory level that drones can construct and repair buildings autonomously. It will be expandable so that it can be used for the construction and repair of

Two types of drones were used in this technology. One is the BuildDrone that actually stacks up materials, and the other is the ScanDrone for quality control that notifies the next step while observing the construction situation. 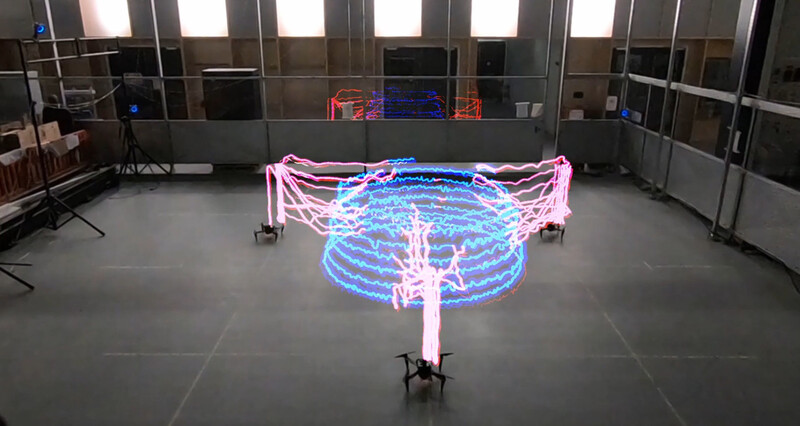 Theoretically, infinite construction is possible… From fantasy to reality

In the first experiment, Buildron drew a circle in the air, stacking the materials one layer at a time. The scan drone then took a picture of the job site with a camera and produced data that could make decisions about the next construction phase. One drone can operate at a time for up to 10 minutes. The research team completed two cylinders by floating two buildrons alternately.

The researchers said that through additional experiments and simulations, they confirmed that up to 15 drones could be mobilized for one task. The drone operates autonomously by default according to a pre-entered method, but can also be manually controlled from the ground if necessary.

As technology becomes more sophisticated, dozens or hundreds of units can be used. Professor Robert Stewart-Smith of the University of Pennsylvania told New Scientist, a scientific journal, “Using this technology, there are only limits to structural engineering and drone flight, but in theory, the size of a building can be infinitely expanded.”

In the construction industry, drones are already widely used for field inspections. However, direct use in construction is unprecedented. University of Florida professor Masoud Gesari said, “This is a paper that perfectly shows that aerial architecture using drones is no longer science fiction.” This study was published as a cover photo of the September 22nd issue of ‘Nature’.